3 Women Who Are Revolutionizing Surgery and Medicine

Signs That Your Back Pain is a Major Emergency

How To Preserve a Horse’s Teeth?

Impress Your Date With Your Style

5 Things To Know Before Your First Coolsculpting Session

Having discussed the ways exercise can help reduce the damaging effects of Alzheimer’s disease in our previous post, we are shifting our attention to the food you should eat to prevent the risk of having Alzheimer’s.

In this article, we will show you the simple diet tweaks that could cut your Alzheimer’s risk.

Have you heard of the MIND Diet? Don’t rack your brain if you’ve not.

MIND diet is the best strategic way to eat to prevent Alzheimer’s risk and other health issues or challenges.

MIND (Mediterranean-DASH Intervention for Neurodegenerative Delay) is a perfect combination of DASH (dietary approach to stop hypertension) and the Mediterranean diets in the right measure and proportion to cut Alzheimer’s risk and other health issues, including hypertension.

It’s believed that the MIND dieting principles will help you cut the risk of developing Alzheimer’s by 53%, prevent every type of dementia and cognitive decline, and improve verbal memory capacity.

The following are the 12 effective MIND diet principle or diet tweaks that could cut your Alzheimer’s risk if you strictly observe them:

Regular Meat, egg, and other high-fat dairy foods consumption can lead to a decline in cognitive performance and efficiency.

On the contrary, plant foods like fruits, vegetables, nuts, and legumes, are known for their abilities to boost mental capacity.

We understand you can’t completely eliminate animal meat, and other fleshy foods from our diet. Hence, we advise you to limit red meat consumption to the barest minimum. For instance, you can eat fish only once a week and chicken twice a week.

In the same vein, you shouldn’t consume more than a tablespoon of butter or margarine in 24 hours.

2. Add more turmeric and saffron to your foods:

Saffron and turmeric possess incredibly high antioxidants that can benefit your mental and overall body health.

Thanks to their antioxidant contents, turmeric and saffron have all it takes to fight oxidative stress that could lead to neurodegenerative diseases like Alzheimer’s

You should include them in your diet if you intend to cut Alzheimer’s risk via the food you eat.

Dark leafy greens are known for their high lutein and zeaxanthin contents, like carotenoids.

Carotenoids are the main component of the human brain tissue; consume more dark leafy greens to increase its quality in your body.

We recommend you eat foods like spinach, broccoli, kale, and mustard greens because they contain high carotenoids, which will increase cognitive performance at old ages.

Include healthy nuts in your diet: Healthy nuts contain healthy fats, fiber, and antioxidants that are good for a healthy heart and laudable brain health.

Walnut is one nut you should take for effective results. The UCLA researchers disclosed in 2015 that Walnut improves cognitive functions of the brain, as proven by their discoveries.

Other nuts that reduce Alzheimer’s risk are cashews and pecans because they aid brain performance and functions.

However, it’s one thing to consume nuts, but it’s another thing to eat them in the right and healthy proportion.

So, we advise you to have at least five servings per week to reduce Alzheimer’s risk.

4. Olive oil must be your only option when cooking:

Ensure you choose olive oil over other oils when cooking your meals. That’s because extra-virgin olive oil guards the brain against factors that can affect its performance.

Likewise, olive oil equally reduces the formation of proteins in the brain that could aggravate Alzheimer’s risks in the nearest future.

Fried and fast foods are full of dangerous fat and calories that make them increase the risk of Alzheimer’s disease.

However, we understand your body can crave fast and fried foods at some point. Hence, we won’t outrightly strike them out of your diet, but ensure you don’t take them more than once a week.

Hence, if you want to prevent the disease and its symptoms, eat cheese no more than once in a week.

An aging brain doesn’t need a high amount of sugar to function effectively. Endeavor to limit candies, pastries, cakes, and other sweetened products to less than five servings per week to remain mentally healthy.

This move won’t only boost your mental health but will also help you reduce the risk of Alzheimer’s disease in the long run.

Cruciferous vegetables, like Broccoli, cauliflower, brussels sprouts, and garlic contain a high level of vitamins B and carotenoids that help to combat the formation of homocysteine.

9. Don’t Ignore Berries In Your Diet:

Here is another tweak you must make if you desire to curb the risk of having Alzheimer’s disease via your diet.

Berries are nutritious and healthy for the body. They obtain their brilliant hues from Flavonoids, but that’s not the only thing they benefit from the plant pigments.

However, this doesn’t mean you should take it excessively. We advise you to take berries at least twice a week.

Tea and coffee aren’t just for comfort and relaxation. A cup of coffee or tea in the morning boosts concentration and memory, thanks to its caffeine content.

Beans are known for their rich possession of Omega 3 Fatty Acids, which means they boost brain function and growth. It also supplies positive neurotransmitters in the brain to ensure the mind remains healthy, alert, and sound.

Truth be told, it may not be that convenient to regulate what you eat to stay healthy. However, if you endure the inconvenience for some time, you’ll get used to it. At least, it’s worth all the effort to cut your Alzheimer’s risk and also combat all types of dementia.

Simple Beauty Tricks to Improve Your Face, Skin, and Hair

What Food Can Diabetics Eat Freely? What food Should Avoid

What are the benefits of the rdl Romanian Deadlift? 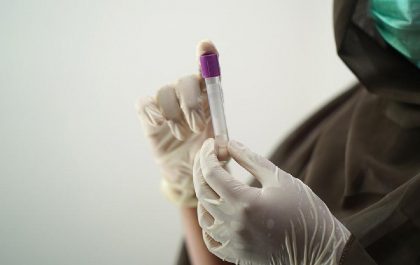 3 Women Who Are Revolutionizing Surgery and Medicine

Women have always been at the forefront of many innovative advances in healthcare. From pioneering new treatments for diseases to…

Signs That Your Back Pain is a Major Emergency

How To Preserve a Horse’s Teeth?

Impress Your Date With Your Style

Impress Your Date. Going on a date for the first time is nerve-wracking, making choosing the perfect outfit for your…

5 Things To Know Before Your First Coolsculpting Session